We recently attended and presented at the Telecom Council Predictions 2018 conference, in the heart of Silicon Valley. The Silicon Valley Bank hosted the event at their excellent facilities, located close to Levi’s stadium, home of the 49’ers. The event was well attended by Global Telecom Providers and vendors like ourselves.  What a buzz we all had on the recent SpaceX launch - the Falcon Heavy is the most powerful operational rocket in the world by a factor of two at one-third the cost! We would be remiss to not mention the new driving etiquette rules in space, which we did not predict - does Elon Musk have a space driving license?

The predictions topics presented and discussed at Telecom Council ComTech Forum were all well received and consisted of the following: 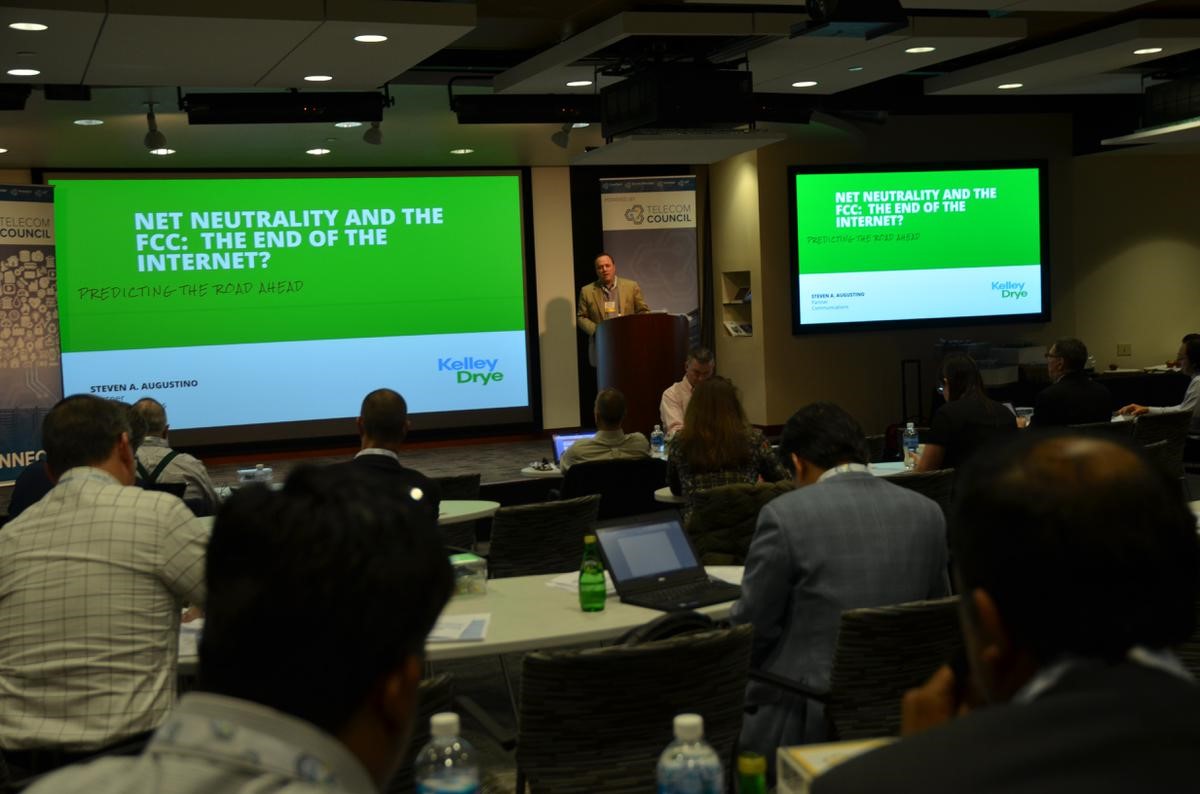 This was a dry but interesting discussion on where the FCC repeal of net neutrality rules are taking telecommunications service providers - the repeal of the rules has now been published in the Federal Register, kicking off the next phase of the fight over the future of the Internet. There are also issues with the buying powers of states like California and their attempts to override the FCC and whether Internet companies will need to work closely with local states. The carrot and stick approach comes to mind, but it was stated as still too early to determine how these relaxation of neutrality rules will play out.  The battle is not over given appeals will be made but the FCC is predicted to prevail under the current administration. 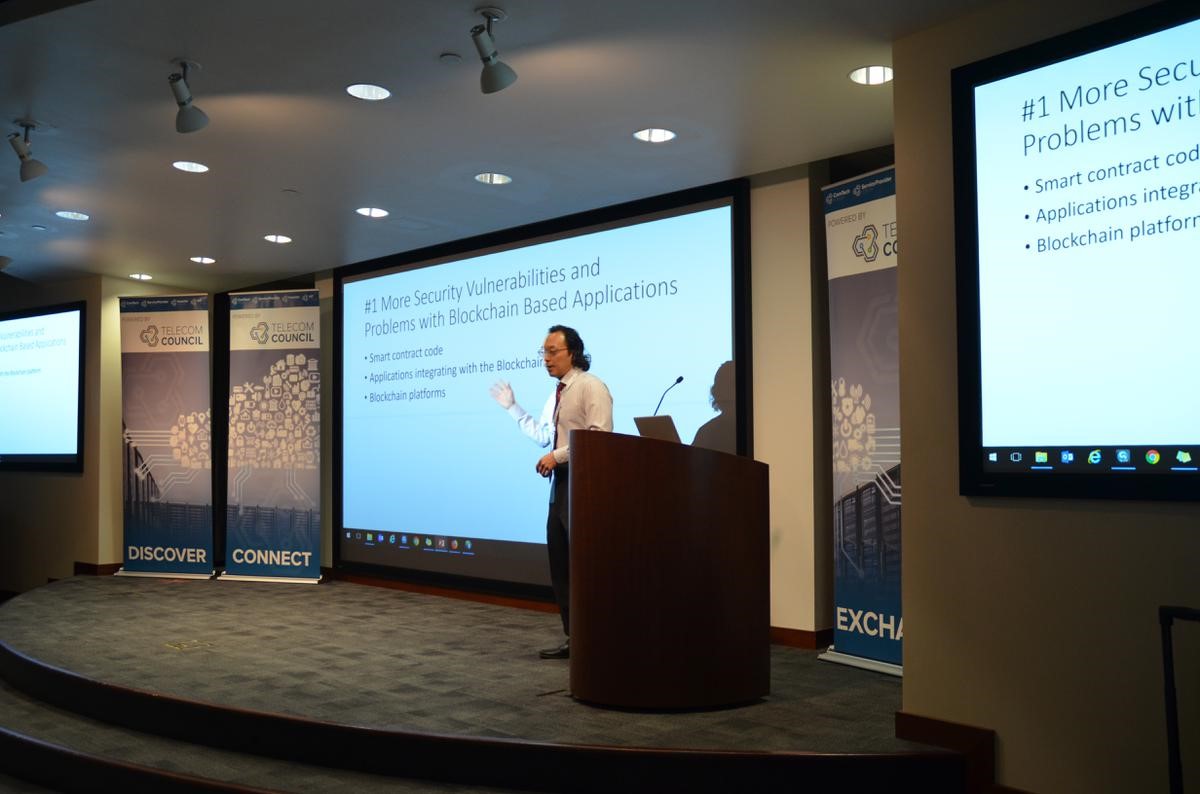 This presentation was primarily about the vulnerabilities being exploited in crypto currencies, with some discussion on the hype vs. value of blockchains. The majority of the security risks are in the applications (like smart contracts) and how they are deployed, and not the underlying blockchain platform. Technical coding examples to show how immature the applications are leading to continual attacks and exploitations. In the case of Bitcoin, a private key can be stolen and accounts drained.  The applications need to be hardened, and additional blockchain security layers need to be added to protect ledgers and their applications.  Blockchain consolidation will happen and relative to the technology hype cycle, we are headed into the “trough of disillusionment.” 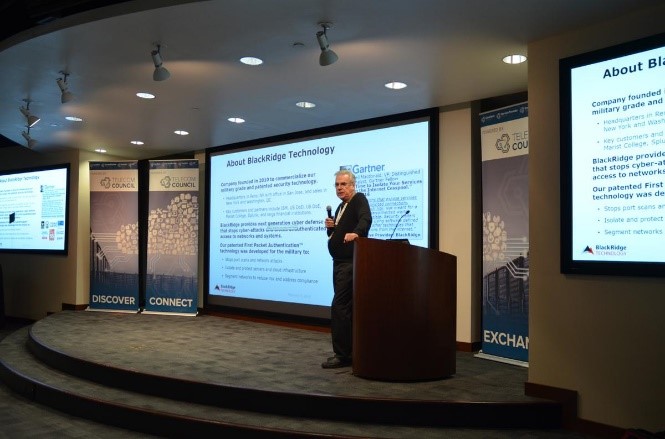 In today’s world we could not have a predictions conference without cyber security being a key topic.  With some 2 billion personal records tagged as being leaked last year there is a pressing need for our Industry to do better. The 2018 cyber security predictions reviewed our dismal industry performance with increasing breaches and losses despite increasing security spending. Predictions were offered for cryptocurrencies, healthcare, service providers, and home (IoT) and critical infrastructure (IIoT). In many cases vendors have pushed out IoT devices with little or no observance of standard security practices such as upgradability and life cycle management of the hardware and software. Hospitals, medical devices, and our utility grid are under attack and will be major problems and systems held at ransom. New methods of protecting legacy systems against zero day attacks needs to be implemented. You can read more about defending ICS and SCADA systems from cyber-attacks which is an area of focus for BlackRidge. 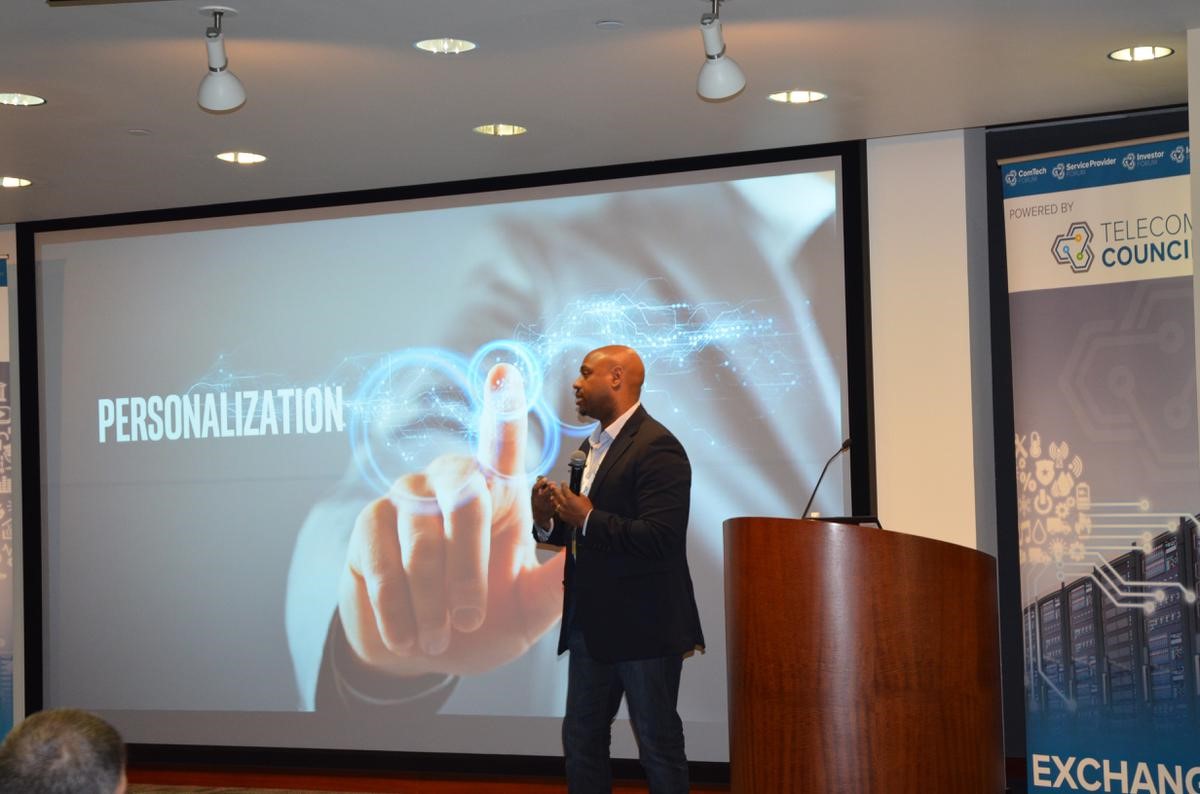 Intel has a sport division?  Audience participation was high in this Interesting presentation on how technology can enhance spectator experience and level of engagement. Virtual Reality and Augmented Reality (smart glasses) along with picking your vantage point at the smart stadium conjured up some strange thoughts. A stadium that is sold out of AR seats with sports stars being tagged and viewed by millions of participants sitting anywhere on the planet. A view point from Tom Brady’s helmet for the fans sitting in the nose bleed seats, while enjoying the stadium atmosphere. A Formula 1 or NASCAR driver’s perspective in every detail. The monetization aspects of this around advertising is compelling along with the pure participation of fans getting that firsthand experience.

Imagine having the bandwidth and experience from using 5G at the Olympics, with real time tracking, analysis and viewer participation. Clearly Derek was in collusion with the Intel immersive sports story but that is obviously completed with the availability of 5G wireless networks.  With increasing deployment of the 5G non-standalone specification, there are many companies planning significant moves given bandwidth projections of 5G with 40 GbE for cell tower over the air capabilities.  This will become a significant market change to the traditional broadband providers like Comcast.

The conference provided an excellent look at where things may go for 2018 and beyond. The Telecom Council hosted a great and fun event, including a contest for voting on 2018 predictions where the winner will be revealed at the Predictions 2019 conference. With the 2018 Winter Olympics opening ceremony almost shutdown due to a cyber-attack, we believe in our BlackRidge cyber security predictions. If you would like to learn more about BlackRidge and how we can help defend your business against cyber-attacks, please give us a shout.   Thanks for listening!